Dietary fiber is part of plant-based food which mostly able to pass through the digestive system without breaking down or being digested. It comes with two components which called as soluble and insoluble fiber. Soluble fiber able to dissolve in water and other body fluids. It will form in a gel-like when it passes through the intestines. Once it passes into the colon, it feeds your good gut bacteria. Healthy gut bacteria also related to host of health benefits, including some protection against obesity and its related conditions, such as diabetes. Soluble fiber can be found in seeds, lentils, peas, barley and some in fruits and vegetables.

Insoluble fiber does not dissolve in water. Instead, it absorbs them and sticks to other materials to form stool. This process leads to softer, bulkier and more regular stools and appears to help food pass more quickly through the stomach and intestines. Example of insoluble fibers are nuts, whole-wheat flour, berries, wheat bran and vegetables such as green beans, potatoes and cauliflower.

In general, fiber has many benefits which essential for health. It good for digestion as easier for the stools to pass through the colon. Fiber also helps in control blood pressure and lowering the cholesterol. Some studies also stated that fiber intake able to decrease the risk of breast and colorectal cancer. Furthermore, fiber helps in weight management which easy to feel full in a longer time when consume the fiber. The benefits of soluble and insoluble fiber are stated as below:

Polydextrose can be classified as soluble fiber. It is usually used to increase the dietary fiber content of food.

So, what is Polydextrose?

Polydextrose is a powdery food ingredient which form from polymer of glucose that was inverted in 1960s and patented in 1973 in United States. Polydextrose can act as stabilizer, bulking agent, thickener and humectant. Other than that, Polydextrose also able to replace for the sugar, calorie reduction, starch and fat. Some study also mentioned that Polydextrose had developed as sugar replacer and can provide less energy value to the food. 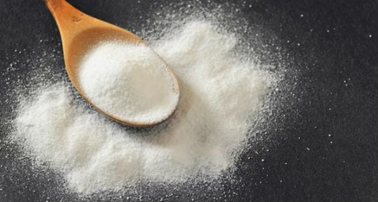 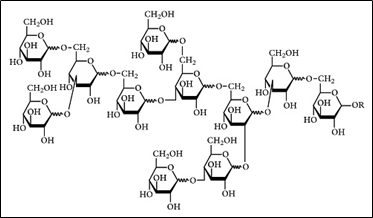 Based on the organoleptic properties, Polydextrose is not really sweet but it gives bulk and mouthfeel even though the concentration of sugar lost. According to the food technologist’s viewpoint, the sweetness of Polydextrose is very low which can be reached just 5% compared to sucrose. It also suitable to claims as sugar free, no added sugar or reduced sugar. Furthermore, it has low glycemic index which reported in GI value of 7 or lower. Polydextrose also can improve the flavor in the beverage that contain high possibility of sweetener by reducing the acidic notes, bitter and improve the sugar flavor which suitable for beverage applications.

Polydextrose also frequently used in all type of food products such as pastries, cakes, ice-cream, desserts and sugar confectionery. It helps to preserve the food by retain the moisture, texture and shelf life of the food products.

Most of the soluble fibers act as a prebiotic. The soluble prebiotic fiber is a substance that feed the good bacteria in the large intestine. Polydextrose that act as newly probiotic fiber unable to digest in digestive system of the body and take some time to reach into the large intestine due to highly branched structure. Once it reached to the large intestine, it will feed the good bacteria. The good bacteria are mean by the correlation of improve gastrointestinal function. Some studies had stated that Polydextrose can shorten the digestive transmit time and enhance the stool consistency or the other word is boosting the constipation. It also able to improve bowel function in the colon which lead to diarrhea treatment. Other than that, the use of Polydextrose in food will help to feel full in the longer time and able to manage the weight management.

Here is the recommended amount of fiber that people should take:

No matter how much soluble or insoluble fiber you consume, but focus on total amount of fiber that you should eat in daily life.

As a conclusion, dietary fiber intake contributes many health benefits. It contains two components which are soluble and insoluble fiber. Both components have their own type of foods and benefits. One of the foods that related with the dietary fiber, Polydextrose has its own function to maintain the body health in daily life but it should be consume in a little amount. So, if you are having problem of bowel movement or stools are hard and dry, it is mean you are in constipated due to lack of fiber.

Meal Replacement Beverages: What They Are And The Benefits Of Using Them
Nov 30, 22

Benefits Of Having Meal Replacement
Oct 19, 22